Video Shows Us How Iron Man 2 Should Have Ended

Tag: how iron man 2 should have ended


Reading: Video Shows Us How Iron Man 2 Should Have Ended 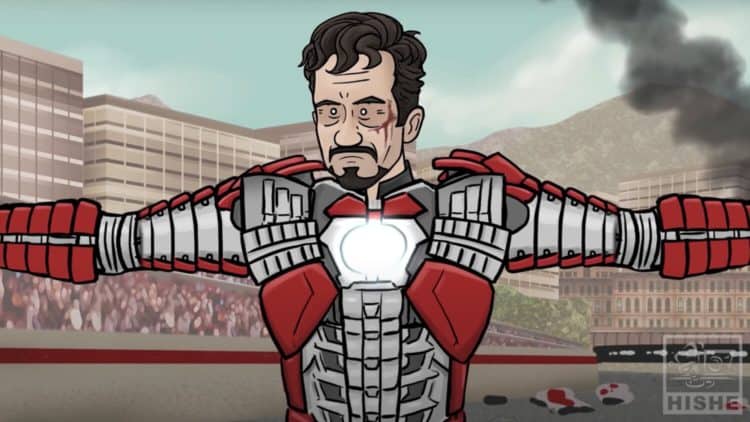 Iron Man 2 was, well, it was interesting, to say the least, since it did have great effects and it was fairly intriguing since it introduced another villain that was there and gone. Vanko’s part probably should have been a little more substantial and as the clip below shows, Black Widow should have been explored earlier on given that she did become a big part of the Avengers. In fact, the only member that hasn’t had a solo movie planned or emerge at this point is Hawkeye, and he’s apparently getting his own show. But as much fun as the second movie was it does feel as though there were a few false starts that could have been remedied in a much easier fashion if they would have been pursued a little closer so that people could get an idea of who Natasha was earlier on, and what Vanko could really do. There were a few plot holes in the movie since explaining how Tony was able to slip into his Iron Man suit while Vanko was pinned by the car but was apparently willing to wait was hard to fathom. Then there was the idea of Natasha being able to liberate the War Machine suit from the control that WHIPLASH had on it but not shutting down the rest of the programs that were running while she was in the system. Obviously, HISHE saw things differently and was willing to focus on making Black Widow the focus instead of Tony. The only thing was, this was an Iron Man movie. But yes, a Black Widow movie should have come earlier, since her story could have been told a while back and given her a much more solid base to work from.

One thing about MCU movies is that they do tend to have a few holes here and there that need to be filled when speaking of their plots since they do tend to become a little hard to believe at times. Iron Man 2 makes it clear, as much as any MCU movie does, that what’s believable isn’t the popular route since made-up elements, the ability to create a power source that can allow Tony to move around in a suit that would otherwise drag him down, and of course, that his father would leave him a diagram on how to make this new element and expect his son to figure it out so many years later. But if the truth is being told, even those that claim to want more realism in the movies don’t want to get THAT real. Movies are an escape from reality quite often, not a window that people can fully enjoy. When it comes to historical fiction then people have a point, since it is nice to see history being appreciated by being shown in a way that makes sense. But again, in the movies, sometimes anything goes given that this is what people expect to see.

The first Iron Man movie was kind of an eye-opener since it was a sudden wake-up call to the fans that something great was about to happen given that The Incredible Hulk had already come around, as had Blade about a decade earlier, and things were moving on the Marvel front. But when Tony Stark made an appearance and things started to roll along, it was obvious that something great was coming since Captain America and Thor came next, and eventually, the Avengers was put into motion, but there was still no Black Widow origin movie that was even in the cards. For some reason, she wasn’t given the kind of consideration that she needed to really push forth her own movie, but she was definitely appreciated as part of the team since she did her part and more a lot of times. Now that we have a Black Widow movie on the horizon it keeps getting pushed back thanks to the pandemic, and there doesn’t appear to be any plan to push the movie to streaming at this point. Ever since she was shown to be such a badass in Iron Man 2, people have been hoping and waiting for her movie to come out, so it just makes things that much harder to really deal with since after her death in Avengers: Endgame, a lot of people were devastated and didn’t know which way to turn.

But all in all, Iron Man 2 was a good bit of fun with a lot of decent effects for the time, but there were a few moments when it felt as though things weren’t quite the way they should have been and tended to push the believability factor to an extreme that made people question the efficiency of the story. To be fair, Vanko should have given Tony a much better run than he did, especially since he wasn’t some stupid bruiser.

Tag: how iron man 2 should have ended

Previous articleHow Much Does Tony Stark’s Suit Cost?
Next articleCan A Man Have Iron Deficiency